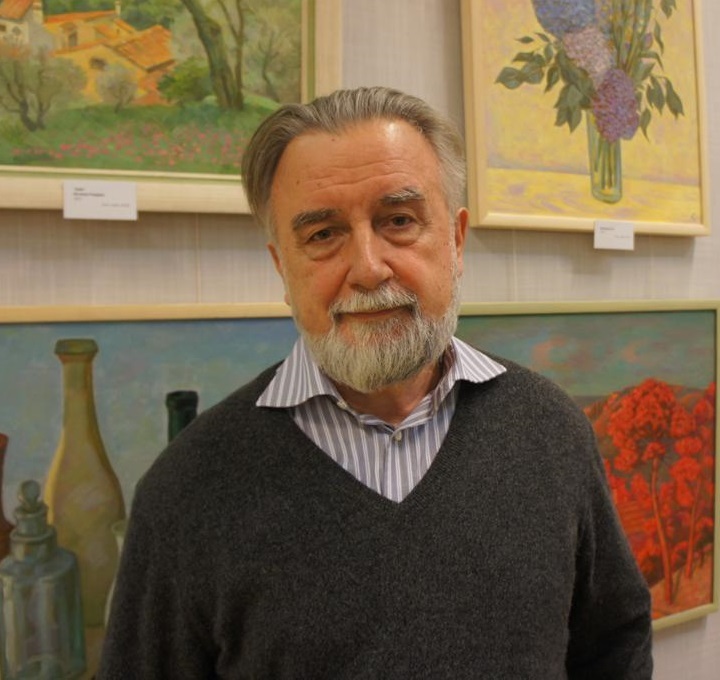 Bio
Andrey Nikolaevich Bondarev was born on August 10, 1950 in the town of Svatovo, Ukraine, USSR.
From 1968 to 1972, Bondarev studied in the art department of the Lugansk Art College. He then attended the Moscow State Art Institute (graphics department) from 1972 until 1978.

From the mid-1970s until the beginning of the 1990s, Andrey worked under contract with the Artists' Union of the USSR Art Fund in a graphics factory and in a political poster art workshop.

Starting in 1975, Andrey actively began to participate in national and regional exhibitions. In 1985, he was awarded the VDNKh silver medal. In 1988, he participated in his first international exhibition with UNESCO (New York, Tokyo, Seoul).

In 1992, he began teaching art at the Moscow Academic Art Lyceum of the Russian Academy of Arts (formerly the Moscow Art School).

He has been a member of the Union of Artists since 1994.

Large solo exhibitions of Bondarev's works took place at the Russia Academy of Arts in 2011 and at the Moscow Central House of Artists in 2017. Many of the artist's works are in private collections in Russia and abroad (USA, Holland, Spain, Japan).

A student of the master commented: "From the earliest lessons, he gave us an understanding of painting and art in general. We felt like we were growing up as artists".

Artist's representative
Katerina Golovina
+7 (916) 352 8149
E-mail: bondarevartist@gmail.com
Web-design
Web-design
Back to top
Made on